Conference of the European Society for Biomaterials

The AMCARE project has participated in the 28th Annual Conference of the European Society for Biomaterials (ESB) in Athens 4-8 September 2017. The conference took place in the Megaron Athens International Conference Center (MAICC), located at the heart of the city of Athens.

CONTIPRO has participated in one of the world's most important events for the biomaterials science community. ESB 2017 was held in Athens in September 2017. The CONTIPRO researchers, during the 5 days event, had 2 lectures and 6 scientific posters about AMCARE project.

CONTIPRO presented AMCARE project at the Science and Innovation Fair which took place in Brno (Czech Republic) from the 28th february to the 2nd march 2017 . 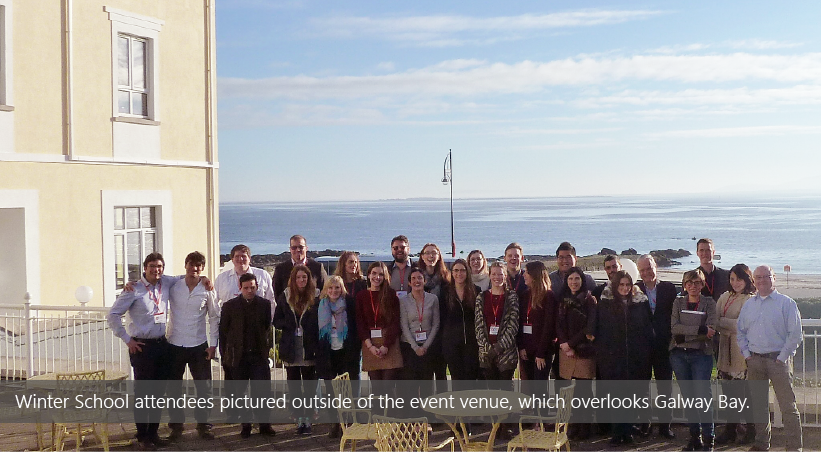 The AMCARE project in association with sister EU projects DRIVE and NEXT organised a Winter School training event: "Translational Reality of Advanced Therapy Medicinal Products (ATMPs)" in the Galway Bay Hotel from November 28th – December 1st 2016. All three projects are focused on the development of ATMPs (cell therapy products). 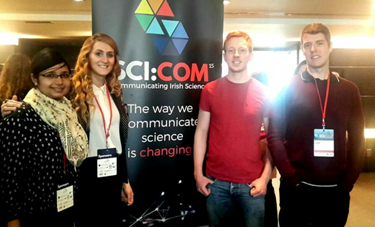 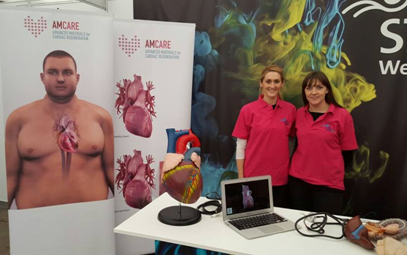 National Ploughing Association, 23rd September 2015 Dublin, Ireland: In September 2015, Science Foundation Ireland (SFI) supported and funded AMCARE’s “Mending Broken Hearts” demonstration at the National Ploughing Championships (http://www.npa.ie/). Recently SFI have shown how important outreach and public engagement is in informing the public of the importance of scientific research, to demystify it while also illustrating its huge value to society. A great day was had at the Ploughing Championships! We got to speak to hundreds of people about AMCARE's fascinating research and show them why and how we are doing the work we do. Everybody knows somebody who has suffered a heart attack or suffers from heart disease which is why it is so important to get to reach out to the public and show them the research that is currently being carried out. It was of huge benefit to get the opportunity to showcase in this setting as the 2015 championships were the most popular year yet with 281,000 visitors over the 3 days. Over the course of the day, AMCARE researchers spoke to approximately 1000 people. We were able to reach out to children, their parents, teenagers visiting with their schools and older people all interested in the varying aspects of our research.

On the evening of the 26th September 2014, AMCARE researchers took part in Discover Research Dublin 2014, an interactive night of public engagement on wide variety of research themes. The initiative was funded by the European Commission's Research and Innovation Framework Programme H2020 (2014-2020) and was hosted by Trinity College Dublin (TCD), in partnership with the Royal College of Surgeons in Ireland (RCSI)...